The Difference Between Hemp & Cannabis 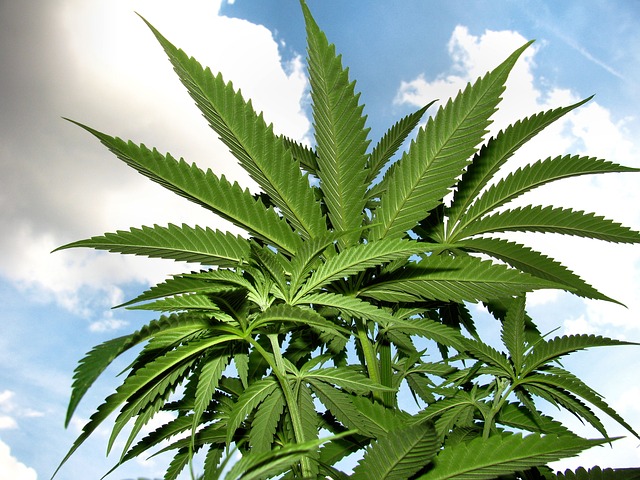 Despite both hemp and marijuana coming from the Cannabis Sativa L plant, there are differences between the two. A lot of it comes down to how people perceive the plant; some often weight their opinion toward cannabis as a drug, rather than as a raw material for industries such as food supplements, including oils and butter, clothing and fuel. There is a certain level of legality affecting the status of the plant, mainly due to the laws surrounding cannabis use. However, there are reasons why hemp and cannabis differ- understanding the differences will help identify the usefulness of hemp as a manufacturing and food product.

Tetrahydrocannabinol or THC, is the psychoactive compound found in marijuana that changes brain functions, emotions and behaviour. Whilst marijuana has a percentage of around 8-30% of THC, industrial hemp contains <0.2%, making hemp products legal for UK production and consumption. THC is only formed in glands found on the flowers of female cannabis plants- this is the substance that is harvested and sold as the recreational drug we know: cannabis. Hemp plants are not grown to produce flowers and buds; the levels of THC are capped below 0.2%. The main substance present in hemp is Cannabidiol, or CBD. Higher concentrations of CBD counteract levels of THC in the plant, and therefore reduce the psychoactive properties present within it. The higher concentration of CBD over THC is the main legal reason why the production and consumption of hemp is legal, and why marijuana is not. CBD is a completely legal compound in the UK and is present in a variety of hemp based products.

Early breeding patterns of the cannabis plant marked a distinction between the production and use of the plant. Often grown into tall and robust plants, hemp is a key component in a variety of food supplements, paper products, ropes and clothing. The cannabis sativa variety, i.e. industrial hemp, has much stronger fibres than cannabis, which is why it is used for rope and clothing manufacture. Hemp can also be used to produce fibreboard that is stronger than the timber variety and can also produce environmentally-friendly plastic substitutes. The main production of cannabis is focused around its use a drug to get high, whereas hemp is an industrial product used for a variety of infrastructure and food.

One of the most comprehensive uses of hemp is in the building industry. Hemp fibre is extracted from the plant using specialist harvesting equipment. The fibre undergoes a biological process known as ‘retting’, whereby the binding between the shiv and fibre is weakened by microbes in the soil. Farmers can then harvest the crop and separate the shiv from the fibre to put into bales. It is then transported to building industries for use in insulation, plaster-boarding and even car components; hemp is a very versatile and robust material.  Queen Elizabeth I supported the use of hemp growth for the manufacture of Royal Navy ropes, exemplifying the strength of hemp compared to other rope making materials. Growing hemp on wheat farms is also a method of weed retention adopted to prevent overgrowth and the enveloping of wheat crops.

Female cannabis and hemp cannot be grown together because the plants cross pollinate each other, which make the leaves infertile. This is another major difference between the two products and their genetics.

Whilst the effects of consuming cannabis are widely known, hemp has no such properties because of the prevalence of CBD over THC. Hemp is widely used around the UK in creating a variety of food products and supplements, including oils, seeds, milk and pasta. The rise in vegetarian and vegan diets, as well as those that are lactose intolerant continue to use hemp milk as a food substitute. Seeds are also used to replace meat-based diets.

Whilst the prevalence of hemp is abundant in products like cooking oil, sprays, butter, cosmetics, prints, paper, plastics, beer, milk, ropes, clothing- the list goes on. Cannabis is grown on the premise of its use as a drug- its fibres are weak, it lacks CBD because of the prevalence of THC, and it is cultivated because of the latter. Hemp is a versatile, all round legal UK product that is useful for a variety of industries and benefits them greatly.