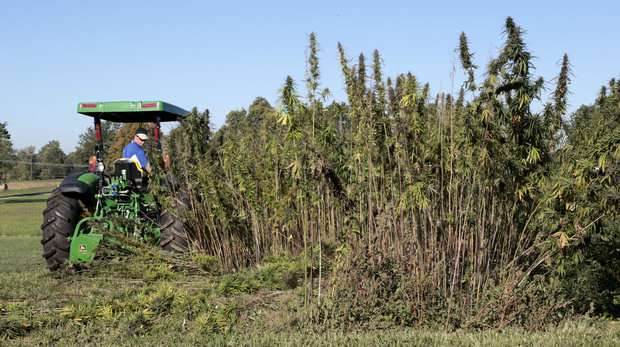 What does current UK law have to say regarding CBD oil, hemp and cannabis? What is legal, what is illegal and what lies in the grey area between?

The reason for the complexity and confusion is the classification of “hemp” and “cannabis”. Quite simply, hemp is cannabis – the Latin name of what we call hemp is cannabis sativa. So as far as nature is concerned, hemp is just one type of cannabis. It is generally a particularly tall version, up to about 20 feet tall. It is generally much thinner, and often times has smaller and fewer attention-grabbing flowers.

While the differences between hemp and cannabis are quite vague and borderline non-existent in nature, in relation to UK and EU law the differences are quite clear. (Fortunately.) Cannabis is considered to be strains of cannabis sativa with THC content regularly over 0.2%, while hemp is strains with THC content regularly below 0.2%. That’s it… couldn’t be simpler. The lawmakers don’t care about how tall the plant is, or even how many flowers it produces. They care whether the public can get high from smoking it, and they made sure the only strains legally produced can not get the public high.

This decision not to restrict the growing of hemp flowers is critical for the CBD oil industry. Had the EU mandated that the plant must be cut down before the flowers develop it would signal the end of our industry, or at least limit it to the least useful parts of the plant. And when you consider that hemp being grown for its flowers was practically unheard of until a couple of years ago, that hypothesis isn’t so far-fetched.

But as things stand, hemp flowers are allowed to be grown, and so the cannabinoids within those flowers – and the most prevalent cannabinoid in hemp flowers is CBD – can now be harvested to make CBD oil.

Thus, CBD oil is legal – at least as long as the CBD oil is made using an approved EU strain. There are roughly 50 of these approved strains, which have been chosen according to their low THC content.

CBD Oil: Legal In The UK

Hemp is one of the strangest “controversies” imaginable. It is a plant that risks no intoxication and offers literally thousands of positive uses. It is environmentally friendly; it could entirely fill our need for paper, enabling us to stop cutting down trees. It can be used as fuel, as clothing, and, yes, as medicine.