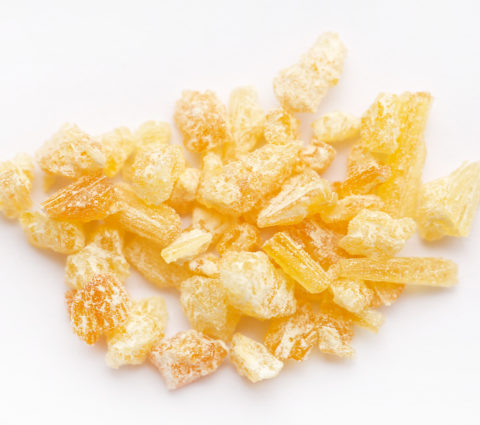 CBD Isolate – The pros and cons

Firstly, what is CBD Isolate and how is it obtained?

CBD isolate is not a synthetic or lab-made cannabinoid, but a refined product extracted from the Hemp plant after all the plant’s material, waxes, chlorophyll and other compounds are removed. There are various methods, one is to use a supercritical CO2 process. The initial extraction produces a botanical concentrate, sometimes known as CBD Concentrate, which includes the cannabinoids, omega fatty acids and other plant materials. In stage 2, the CBD hemp oil is purified to filter out the plant material and excess waxes. This end product is known as CBD Isolate and can be bought in slab or crystal powder form.
Sources of CBD include the stalks and leaves of the cannabis or hemp plant, but the best source is the resin of the buds and flowers of the female plant. These sources have a much higher concentration of CBD which therefore requires less processing. There is also a decreased risk of contamination from any heavy metals a plant may have absorbed from the soil as these are stored mainly in the stalks and leaves. To be legally compliant, hemp consumables should be lab tested to ensure that they are free of heavy metals and other contaminants such as mould, mildew, fungus and toxins from pesticides before they are sold to the public.

When served as a whole plant extract, Cannabidiol or CBD benefits from the so-called “entourage effect“. This is a term used to describe the synergistic interaction of the many different compounds, cannabinoids, terpenes and trace elements in whole plant cannabis which combine together to promote the full potential effects of cannabis. However, CBD served as an isolate in a pure and undiluted form benefits in other ways – not least by lacking the strong, bitter taste that many consumers find unpalatable in CBD whole plant oil and paste.

For example: CBD Isolate can be “dabbed”, vaped, added to E juices or smoked. It can even be added to liquid foods or condiments easily without impairing their flavour. One popular option is to add it to honey, jam or melt it in butter for spreading or baking. When heated, the CBD crystals dissolve into the mixture and can then be added to beverages, condiments or dishes. But caution is advised. CBD Isolate is very concentrated. A little will go a long way!
CBD Isolate can also be added to fortify a whole plant cannabis preparation, enhancing its CBD content while benefiting from the entourage effect. It is oil soluble and can be consumed as it is under the tongue or added to skin moisturisers or lip balm or to a favourite massage oil. One point worth remembering when making edibles or home made potions with CBD Isolate is that the crystals become liquid when heated at 160 to 180 degrees centigrade. If heated beyond that point, some of its potency may be lost.

Smoking too much THC (the cannabinoid responsible for the “high” in cannabis) can cause an uncomfortable high accompanied by paranoia and other unpleasant side effects, CBD isolate can taken alongside a spliff or vape in order to relieve these undesirable effects.

There has been much debate over the health issues of smoking and even dabbing and vaping cannabis. It is true that cannabis, when combusted, releases the same sorts of toxins, irritants and carcinogens as tobacco, including carbon monoxide, cyanide, benzopyrene and tar, while ammonia levels are actually 20 times higher in burning cannabis than in tobacco. Generally speaking, cannabis’ toxicity, milligram by milligram, is reckoned to be only half that of an equivalent amount of tobacco. Dr Donald Tashkin of UCLA studied the long term effects of cannabis smoking versus tobacco smoking, publishing his findings in 2014. Despite his hypothesis that a correlation with cannabis smoking and lung cancer would be found, he actually found no such correlation:
“What we found instead was no correlation and even a suggestion of some protective effect…Tobacco smoking causes more harm.”
Although this may be sweet to the ears of cannabis smokers, it may be worth noting that Dr Tashkin’s cannabis subjects qualified as regular cannabis smokers if they had smoked on average of only one spliff a day for the previous 7 years. Cigarette smokers, on the other hand, tend to smoke considerably more than one cigarette a day. On average around 10 a day would be closer to the norm. Obviously quantities are a significant variable. It may be safer to say that smoking relatively small amounts of cannabis has not been found to impair the lungs. However, there are other health concerns about smoking significant amounts of cannabis for extended terms.

A healthier alternative to smoking cannabis is to vape or dab it. What is the difference? Dabbing requires a so-called dab-rig that includes a nail on which a small amount of cannabis flower or resin, concentrate or isolate is heated with a blow-torch. As it vaporizes in the heat the vapour is breathed into the lungs. There are rigs that provide electronic nails that can be heated to the required temperature from the socket. These are expensive but the heat can be more precisely controlled. The problem with dabbing is that small amounts of combustion will occur unless the nail temperature can be precisely regulated. Vaping involves an electronic mechanism to heat the air which turns the material to vapour without charring or releasing benzene. Nevertheless, when heated to over 365 degrees even vaping will release the carcinogen, benzene, from cannabis flower or concentrate. CBD Isolate, however, benefits from being free from other plant material that would not be advantageous to breathe, especially when combusted.

CBD Isolate can also be added to E juices or liquids. Although many health risks associated with E juices are mostly based on nicotine replacement products and E cigarettes, there have been concerns over the fact that many E liquids today do contain the artificial flavouring diacetyl which has been found to be the root cause of so-called “popcorn lung”. This disease was first discovered in America in 2000 by a Missouri doctor who noticed that patients who had previously worked in a microwaveable popcorn factory had contracted a type of chronic bronchitis. Although the amounts of dicetyl in certain brands of E liquids are very much smaller than the amounts that were unknowingly consumed by the factory workers and are not clinically considered to pose a health risk, the health conscious may want to be cautious about such products and check the ingredients before vaping E liquids.

Other advantages of vaping or dabbing CBD from Isolate are:

1, By bypassing the digestive system, CBD can swiftly enter the bloodstream via the lungs. Because CBD is naturally oil soluble it is not otherwise very bioavailable. The body is mainly composed of water and oil cannot be dissolved in water. This is an especially good way to take CBD if the gastro enteric system has been compromised.

2, Many people find the taste of whole plant CBD dissolved in carrier oil to be unpalatable. CBD when Dabbed or vaped from Isolate, on the other hand, is generally reported to have a pleasant flavour. Subjects generally describe it as a complex, lightly humidified mentholated vapour reminiscent of a cherry or spearmint taste on the front of the lips on exhalation.

3, Because of the greatly increased absorption rate of vaped or dabbed CBD Isolate, the amounts needed to produce the desired relaxation effects are much reduced. Hence, this is the most economical way of taking CBD.

CBD has not been found to affect heart rate, blood pressure, body temperature, intestinal transit, or alter psychomotor and cognitive functions (Bergamaschi et al, 2011). It is non psychotropic with no significant side-effects or toxic or irritant contents. In spite of this, it is possible that CBD Isolate will be added to the EU “Novel Foods Catalogue”. This is a non-exhaustive list recommending any food or food extracts or products not traditionally used in EU member states previous to May 1997 to be investigated by the FSA to ensure safety to the consumer. If CBD isolate (this does not include CBD concentrate or CBD oil) is added to the catalogue it will be unavailable to the public under FSA regulations until the FSA clear it as acceptable for public consumption. This process may take some time, especially as the list of substances in the catalogue is already quite long. Thus it may well be timely to start stocking up on CBD Isolate now and enjoying its benefits while it is still legally available.