A Brief History of CBD Oil in UK

CBD seems to be everywhere in the UK and is seen in holistic remedies, beauty and skincare products, as well as food and drink. It may seem like a new and innovative product, but its history goes back further than most people know. Let’s look at the history of CBD in the UK and the journey to becoming the product that it is today.

Where did it originate?

CBD has a long history with humanity, just not the compound itself, but the plant it gets extracted from, like hemp and cannabis. The earliest use of hemp was mainly for cultivating land in China in 4000 BC.

Throughout history, hemp continued to spread across civilizations. Most early societies used hemp for food, oil, medicine, narcotics, and hempen fibers. Some tribes like the Hottentots in Africa valued hemp or what they referred to as dagga more than gold. Hemp was also used in Africa to treat fevers and illnesses such as malaria and dysentery.

Many cultures regarded hemp as a sacred commodity and either burned it or wore it during ceremonies. Several religious documents even mentioned hemp as a “Sacred Grass” or “King of Seeds.”

In Great Britain, hemp was valued for its rot-resistance and salt-water resistant properties before being widely cultivated for its CBD. The long and strong fibers of hemp make it particularly useful in the production of sails and thick ropes for the navy. Without hemp, Europe’s ships would be stuck hugging its coasts.

Hemp was also an ideal option during this period because it’s a strong material that grows quicker than cotton. Its industrial uses were important for English forces, especially when the struggle for power in Western Europe became a struggle for sea domination by the fifteenth century.

King Henry VIII mandated all farmers to sow a quarter of an acre of hemp for every 60 acres they owned, or they had to face a fine of three shillings and fourpence. The penalty for breaking this law was about a year’s wage for a household servant.

Queen Elizabeth repeated the decree in 1563, ordering farmers to grow even more hemp and also made stiffer penalties for breaking the law. Henry’s and Elizabeth’s preparations paid off in 1588 when England’s hemp-outfitted ships thrashed the Spanish Armada. However, farmers were reluctant to grow the crop, and the order was repealed in 1593.

Colonists even brought hemp when they left England for America. They came to the New World on ships that used hemp ropes. It was used for different products such as lamp fuels and paper. And even the draft of the Declaration of Independence was written on hemp paper.

Cannabis gained new attention in the Western medical world at the introduction of the Irish physician and medical researcher, William B. O’Shaughnessy. O’Shaughnessy initially trained and studied in Great Britain, and eventually joined the British East India Company to continue his research and practice medicine.

In his studies, he published papers validating the use of cannabis throughout India. He investigated the effects it has on reducing the symptoms of illnesses. He even conducted a series of experiments to characterize its impact and establish the doses that could be tolerated.

On his return to Britain in 1842, O’Shaughnessy brought a quantity of cannabis. This study was the first of its kind for cannabis, although his findings were considered controversial at the time of its publication. The medical claims of these early users opened knowledge for medical and scientific advances, leading other researchers to discover CBD and THC.

In 1890, cannabis plants were widely used for a variety of ailments, but perhaps its notable usage was for dysmenorrhea or menstrual cramps. It is during this time when the royal family physician, Sir J. Russel Reynolds, prescribed Queen Victoria a tincture of cannabis for her menstrual pains.

Since cannabis can’t be dissolved or injected, the widespread use of cannabis ended after the invention of syringes and the arrival of other drugs such as aspirin.

Cannabis got caught up with the prohibition movement and efforts to curtail drug use during the early twentieth century. Drug addiction was treated as a disease until it came to attention that the drugs themselves were the problem.

The government implemented the Dangerous Drugs Act of 1920. The Act controlled the import, export, sale, distribution, and possession of drugs such as morphine, cocaine, heroin, and raw opium. Species of cannabis such as hemp was also included in the list as an addendum by 1928.

Despite its many practical uses, it was marginalised due to concerns around the plant’s psychoactive effects. It was even portrayed as a menace to society during the International Drug Conference in Geneva. It was this argument that might have contributed to the inclusion of cannabis in the Act that year.

Still, hemp derivatives continued to be available on prescription for medicinal purposes, while recreational use continued for decades. It even soared in popularity during the flower power era of the 1960s.

Technology and research advanced a century after O’Shaughnessy’s study got published and, as a result, discovered the possible compounds within cannabis. British Chemist Robert S. Cahn first found an individual cannabinoid when he reported a partial structure of Cannabinol (CBN), then identified as full-formed in 1940.

Cannabidiol was discovered by Roger Adams later on. Roger Adams was a professor at the University of Illinois who successfully isolated CBD. However, he wasn’t aware of his success until years later when he and other scientists realized what he had accomplished. This research was also responsible for the discovery of Tetrahydrocannabinol (THC).

However, early scientists and researchers still had limited knowledge of the cannabinoid structure. They also only had a partial understanding of the plant’s biological composition during the early stages of cannabis research. No one could accurately determine the effects of each compound until Dr. Raphael Mechoulam made a breakthrough in understanding the effects of individual cannabinoids.

Dr. Mechoulam successfully identified CBD and THC stereochemistry, which revealed a direct relationship between cannabinoids and the euphoric effects associated with cannabis use. It also disassociated CBD as a mind-altering compound.

Despite becoming outlawed, doctors were still able to prescribe cannabis for medical use until 1971, when cannabis and other controlled substances were added to the Misuse Drugs Act 1971. An act that restricts the prescription, dispensing, sale, and possession of dangerous drugs.

The Act applies to “controlled drugs” including substances or products specified in Schedule 2, which is divided into either class A, B, and C, broadly based on their relative harms. Class A was considered to be the most harmful.

Cannabis and cannabis resin, cannabinol and its derivatives were all listed as a Class B drug in the passage of the Act. Cannabis remained Class B but got dropped to Class C between 2004-2009. It returned to the “B” classification later on and remains illegal today.

However, CBD is not listed or referenced as a controlled substance under this Act resulting in a lot of confusion about what the general public can and can’t do with the plant itself. But since the Act made it difficult to obtain raw cannabis, it also made products derived from it challenging to acquire.

The British government contracted a company called GW Pharmaceuticals to grow cannabis for clinical trials. Dr. Geoffrey Guy, the co-founder of GW, believed that CBD-rich plant varieties could create an effective medicine for numerous health issues with little to no psychoactive effect.

In his report at the International Cannabinoid Research Society in the same year, he talked about CBD. It does not only counteract the psychoactive effects of THC in the plant but also offers benefits.

The Misuse of Drugs Regulations 2001 allows for authorized people to supply and possess controlled drugs for legitimate purposes. The regulations divide drugs into five schedules that govern activities that apply to them, such as import, export, supply, possession, prescribing, and record keeping.

Raw cannabis and THC fall under Schedule 1 drugs as they provide no therapeutic or medical value in the UK, as THC is responsible for the psychoactive effect of cannabis.

Plant-derived CBD may be used if specific criteria are met. The CBD should not be extracted from the flowering and fruiting top, or the whole plant remains intact for processing. It shouldn’t also contain any controlled substances such as specific controlled cannabinoids. 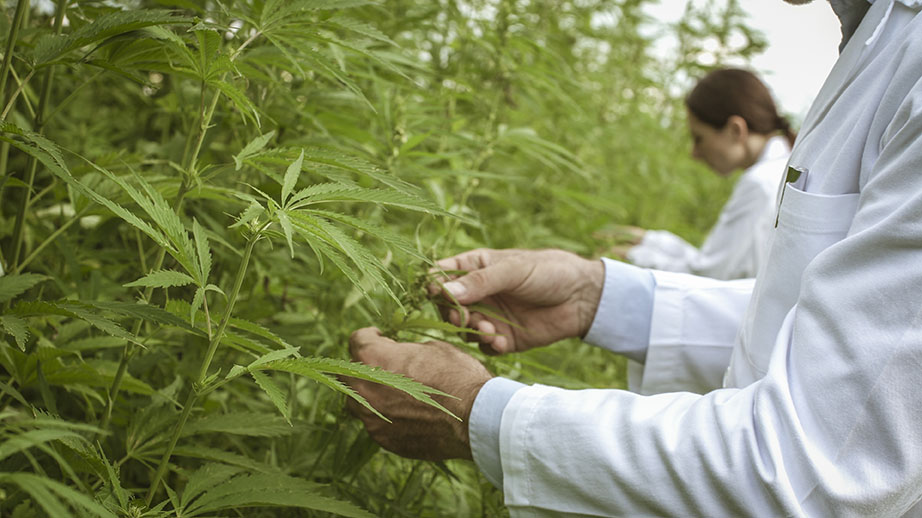 As the years went by, CBD oil became a very fast-growing industry. However, there are still some rules and regulations to follow. This includes leaving out any controlled substance in CBD oil under the Misuse of Drugs Act 1971, such as THC and CBD. A person also needs a licence to both cultivate and possess cannabis.

According to the Medicines and Healthcare Products Regulatory Agency (MHRA), hemp-based CBD products need a licence, but licenses for these products have not been granted. CBD products can only be sold in the UK as long as its benefits are not being advertised as medicinal.

Love CBD is a small family-run CBD shop that offers high-quality cannabis oil, establishing a leading brand for CBD capsules, balm, and sprays in the UK. Visit us at www.lovecbd.org or contact us at [email protected].